The Institute for Applied Autonomy has developed i-See:

a web-based application charting the locations of closed-circuit television (CCTV) surveillance cameras in urban environments. With i-See, users can find routes that avoid these cameras — paths of least surveillance — allowing them to walk around their cities without fear of being “caught on tape” by unregulated security monitors.

i-See displays a map showing the locations of surveillance cameras. You can scroll and zoom the map to find your area of interest. Click on your starting point, then on your destination. i-See will generate the safest ‘path of least surveillance’ between these two places. (It won’t work with Netscape v4.7.7 and earlier).

To follow the Bodoni incident, here’s another web homage to a hero typographer: Behind the typeface: Cooper Black tells a ripping yarn about Oz Cooper and his best known typeface. My thanks to Dean Allen for pointing out this site​—​and I’ll pass on his warning: 3 MB, Flash 6, laboured satire.

I am an old fan of Cooper Black, though I haven’t used it since 1971, back in the time of rub-down Letraset.

Things you find on the net: Concealed shoes and garments:

The earliest reference to the use of shoes as some kind of spirit trap comes from the 14th century. It regards one of England’s unofficial saints, John Schorn from Bucking­hamshire, who was rector of North Marston 1290-1314. His claim to fame is that he is reputed to have performed the remarkable feat of casting the devil into a boot. The oldest concealed shoes date back to roughly the same time as Schorn but there are very few examples from that period​—​he may have begun the tradition, or it may simply be that his legend records a pre-existing practice. 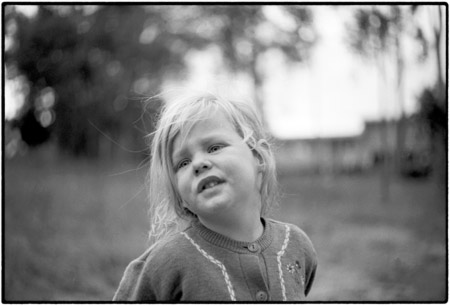 Things you find on the net: On the website freie.klasse.de [Forum für Kunst und Kommunikation] is this page with links to something called Bodoni rap in streaming audio, in two versions​—​street mix and a capella. I find rap lyrics in English hard to follow, and my German is very rusty.

I sense this is a song about the heroic deeds of Giambattista Bodoni, official printer in the court of Parma from 1768. I admire what Bodoni did for typography, but he’s a weird subject for rap. And in German — that’s extra weird. Sprechen Sie Deutsche? Please tell me, is this what’s going on here?

Two months after ordering, it arrived today. With a camera like this I could take daily dog pictures, if I had a dog. 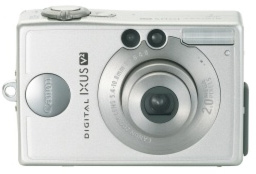 Today the Ottawa Citizen carried a longish obituary for Karsh of Ottawa. I’ll quote a piece about the Churchill portrait I mentioned yesterday:

British prime minister Winston Churchill had addressed the Canadian Parliament and Karsh was there to record one of the century’s great leaders.

“He was in no mood for portraiture and two minutes were all that he would allow me as he passed from the House of Commons chamber to an anteroom,” Karsh wrote in Faces of Our Time (U of T Press, 1971), his 10th of 15 books.

“Two niggardly minutes in which I must try to put on film a man who had already written or inspired a library of books, baffled all his biographers, filled the world with his fame, and me, on this occasion, with dread.”

Churchill marched into the room scowling, Karsh wrote, “regarding my camera as he might regard the German enemy.”

His expression suited Karsh perfectly, but the cigar stuck between his teeth seemed incompatible with such a solemn and formal occasion.

“Instinctively, I removed the cigar. At this the Churchillian scowl deepened, the head was thrust forward belligerently, and the hand placed on the hip in an attitude of anger.”

The image captured Churchill and the England of the time perfectly - defiant and unconquerable.

You can see the Churchill portrait, and some Karsh self-portraits, here.

No, I am not obsessed with big cameras, but I must mention that Yousuf Karsh died yesterday. He was the man who made that 1941 photograph of Winston Churchill looking like an affronted bulldog (Karsh took away the Prime Minister’s cigar during the session). See this obituary in the New York Times, and many of his portraits on the Eastman Museum website.

When I wrote about Elsa Dorfman and her massive camera, I didn’t know that the Wisner Classic Mfg. Co. (the largest wooden camera maker in the world) can sell you a new 20 x 24 Technical Field Camera.

This is the king of field cameras, for the truly motivated. This camera is not for every one, but no camera can match its breathtaking results if the ultimate in large contact prints is your goal. Built to order only, allow up to twelve weeks for delivery. This camera has full movements on the front standard including geared front rise and fall, base tilt and geared axis tilt in the rear, and a rear focus knob facing the photographer for easy simultaneous viewing and focusing. This camera is simple and intuitive to use, and has no unnecessary complications to slow down the creative process. This is a true field camera and the only one of its kind.