Exploding with color, optimism and razzle-dazzle, the now-extinct Holiday Inn ‘Great Sign’ was a true design landmark of the American century.

See Andrew Nelson’s salon.com feature about the social history of the American motel.

The Morse Telegraph Club is a group of enthusiasts interested in any topic concerned with Morse code and telegraphy. Probably the biggest constituency in the club is retired landline Morse operators. Each year, the various chapters around the country meet on Professor Morse’s birthday to remember the good old days of landline telegraphy and the heyday of the railroads. In addition, keys and sounders are dusted off and telegraph circuits are established with other chapters around the country. Morse code is soon heard clicking from sounders and greetings are received from friends in other chapters.

Read how it is done, with modems and phone lines.

Tourists are destroying Norway’s stave church in Eidsborg with a craving for souvenirs. So much of the church has been pocketed that holes are beginning to appear in the structure.

Glenn Murcutt occupies a unique place in today's ar­chi­tec­tural firmament. In an age obsessed with celebrity, the glitz of our ‘starchitects,’ backed by large staffs and copious pub­lic relations support, dominate the headlines. As a total contrast, our laureate works in a one-person office on the other side of the world from much of the ar­chi­tec­tural at­ten­tion, yet has a waiting list of clients, so intent is he to give each project his personal best. He is an innovative architectural technician who is capable of turning his sens­it­iv­ity to the environment and to locality into forth­right, totally honest, non-showy works of art. Bravo!

And from me too, bravo!

Yesterday's New York Times ran a story about him under the headline Glenn Murcutt: Crocodile Dundee With a T-Square. Yes, well…

Elsa Dorfman's fond stories and pictures of Allen Ginsberg reminded me of the time the Beat Poet came to Brisbane.

It was in early 1972, I think, though the AllenGinsberg.org web­site doesn’t record a visit to Australia then, or at any other time. The crew of Harpo, a short-lived and now forgotten coun­ter­cul­ture newspaper, put on a fundraising Harpo’s night out at the Students’ Union at the University of Queensland: readings by Allen Ginsberg and the Russian poet Andrei Vo­zne­sen­sky. Some­one donated a backyard Marijuana crop, and lighted joints were handed out freely to the audience at the door. We sat cross-legged on the timber floor around the poets’ rostrum.

Andrei Voznesensky went first, his cadences convoluted and ab­stract. But from Allen Ginsberg came short, concrete words. He did his anti-tobacco Put down your cigarette rag:

He improvised​—​Girls in funny hats Don’t Smoke!​—​a nine billion dollar capitalist joke!​—​adding verses, weaving into the performance people he saw through the haze of dope smoke.

The poets were invited to a barbecue afterwards. A bloke offered his car, but he didn’t know the way and was too stoned to drive. So I drove the four of us, out past the edge of the suburbs into the bush. On the way Allen talked to Andrei about writing short introductory pieces for other writers’ books and the chal­lenges of that sort of writing. He was more earnest and more gracious than I had expected​—​which says as much about me as it reveals about Allen Ginsberg.

filed under  Me + Words

The Homeland Secuirty Home Page [sic] promotes a line of dummy security officers, intended to stand around giving people a sense of protection: These are no ordinary dummies. They are robotic and made to fool even the biggest skeptic. There are two models, a full length standing figure of 6’2” that gives the impression of a man that would weigh 220 pounds although he only weighs 35 pounds, and an above-the-waist-only figure designed to lurk behind rooftop parapets (adjustable for different parapet heights). The pictures and video clips did not convince me. One of those loudspeakers that says woof! woof! would make me feel more protected.

I wrote to Elsa Dorfman, asking if she minded my using her photo on this site. She kindly agreed, and added …but have to tell you that you must read the article in today’s nytimes magazine about the destruction of a wonderful richard neutra house in california. it is a heartbreaking story… I found the article here (free registration required). Don’t miss the linked slide show which has colour photos by Julius Schulman. Thanks Elsa.

Digging around on Elsa Dorfman’s website, I found this page of links to some documentary video files I had missed. They are all terrific, but see the one about the camera first — unless you have a broadband connection, take a coffee break while it downloads (it’s 8.8mb).

From today’s news: BOSTON (AP) Polaroid Corp. is hoping a sale to a deep-pocketed bank will help it dig out from bank­ruptcy and revive its famous instant film and camera business. It’s been a little sad to see such a clever company go down.

This prompts me to point out the website of Elsa Dorfman, por­trait photographer. Since 1980 she has used a Polaroid camera. Big deal? Yes, big. It is one of six special studio cameras that make 20x24 inch Polaroid images. You can’t sneak up on some­one with a monster like that. Her sitters make eye contact with the camera, and remind me of August Sander’s subjects. But these Polaroid pictures are colourful and relaxed​—​I sense that a visit to Elsa Dorfman’s studio would be fun.

To follow yesterday’s piece about animal glue, I want to thank this link.

As old trades fade, amateurs take up some of them and support the market for all sorts of obscure stuff. Dr Rudolf Dick sells tools and materials for cabinet and musical instrument makers from a shop in Metten, Germany. 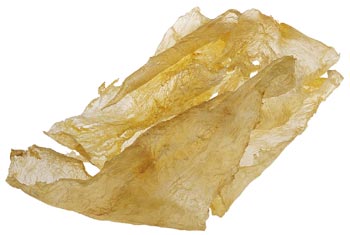 His beautifully illustrated catalog came in the mail yesterday — the same content as his website, but nicer for reading in bed. The range is remarkable, including five kinds of glue made from animal body parts:

New Yorker columnist Paul Slansky writes: One of the happiest things about life in America is the certainty that, every year or two, a fresh batch of Nixon tapes will be released to the public. In the past few weeks, students of the thirty-seventh President have been busy working their way through four hundred and twenty-six more hours of very special Presidential conver­sations, bringing the total to 1,779. Slansky has sieved thirteen quizz questions out of those hours of talk. Can you answer this one?:

True or false: Nixon suggested that the famous photograph of him standing next to Elvis Presley was a fake.

I won’t give the shocking answer away. You’ll need to read Slansky’s article. (Hint: It’s question 5, and the answer is at the bottom of the page).

I have been reading them lately. They don’t have a strong story line, but graphic quality and humour can redeem them. I saw Roberto de Vicq de Cumptich’s Bembo’s zoo: an animal ABC book on the web, and added it to my wish list. In this first book for children, de Cumptich… has created an abecedary of animals made entirely from Bembo letterforms and punctuation marks — nothing else. And you know the conceit works [New York Times].

As a rule, reading a book on the web is a second-rate experience — a rule broken by this reinvention of Bembo’s zoo for the web.

From a UK think-tank: We are a charitable institution, founded in 1996, devoted to ensuring that standards of English comprehension are maximised throughout the World Wide Web. Our research revealed what many had previously suspected, and reported informally — certain web users were incapable of recognising, let alone using, irony or sarcasm. This was news to me, but I am pleased to know they have a solution. It’s a web browser plug-in that uses new algorithms to alert users to irony, sarcasm, satire and parody. Downloads are free, but donations to support the research are invited.

I am past needing them, but I did admire the cleverness of these instructions: On a card designed to hang from the outside of your shirt pocket, the diagrams and directions are printed backwards, for reading in the mirror as you tie your bow tie.

Malcolm, this is for you.

Thanks to Andy Crewdson for pointing out the website of this exhibition at the Museum of Modern Art. 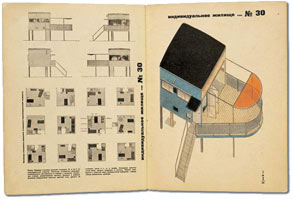 If you can’t get to New York just now, I recommend this website. It’s among the best exhibition sites I have seen.

I have the ninth edition of the Encyclopaedia Britannica (1875). And I also have the eleventh edition (1911, with 1922 sup­ple­ment), which I prefer for its greater coverage, its thin paper and its leather binding. I don’t begrudge the four-and-a-half metres of shelving they occupy. It’s handy to be able to look up Primitive Methodist, or Poughkeepsie, or Piranesi in these time capsules.

You can get the same information — though not the pleasure of paper and binding — from a website. The unnamed authors of this site have scanned and OCRed the huge 1911 text. The pre­sen­ta­tion is rough, the navigation is basic, but the words are there. I hope that one day all this text can find its way into a hy­per­text database, like the modern Britannica.

Update, August 2013: The 1911encyclopedia.org website has gone, superseded by the ongoing Project Gutenberg efforts to produce accurate versions of the work in various digital formats​—​see the links at the bottom of this wikipedia page.

When I wondered yesterday what does a themed bar look like when it’s in Ireland?, I should have known the answer would be on the web: The theme is African/Middle Eastern and thank­fully there’s not too much wood. Lots of marble effect, big paint­ings and drapes. A huge place with a very high ceiling, it can hold around 1,500 people. A most impressive pub. And as for the women…hey, hey, party on.