Gongs for Thom and Dick

I am delighted that two old friends were recognised in the 2014 Queensland Memory Awards last night.

Thom Blake, historian, was awarded the John Oxley Library Fellowship​—​a 12 month res­i­dency to further his research on the Great Arte­sian Basin. A great choice. I have been to a few arte­sian bores with Thom and know how keen he is, so I’m looking forward to the results.

Richard Stringer, photographer, received the John Oxley Library Award … for his work in documenting Queensland’s landscape and architecture over the past 40 years.

I’ve followed Richard’s work since 1967 or 1968​—​I don’t recall which year, but I do remember that first exhibition in an upstairs gallery in central Brisbane. I was a high-school student in­ter­ested in photography and Richard was an architect branching out into photography. He showed black and white prints of build­ings and architectural features. I remember the graphic treatment of the subjects, with bold shadows, lines and textures accentuated by darkroom manipulations​—​high contrast, sol­ar­isa­tion, bas-relief.

In the 1970s Richard started to travel the countryside for the National Trust of Queensland recording historic buildings and places. He made straight documentary photographs, but he used his eye for light and shadow to reveal the form and use of the places​—​the best of these photos have a striking graphic quality, on top of their documentary value. His thousands of negatives become more valuable as time passes. He has continued adding to this archive, in the course of personal projects and com­mis­sioned work.

I have developed my own schoolboy interest in photography, alongside my work in architecture and conservation. I rate my­self as competent, but there are projects where I know I need to call on Richard. I have always enjoyed working with him and been delighted with the photographs he has made. On other jobs I have used pictures from his archive for reference. It is terrific to be able to ask him if he has photographed a certain place​—​in Bundaberg, Bourketown or Birdsville​—​and find that he has. 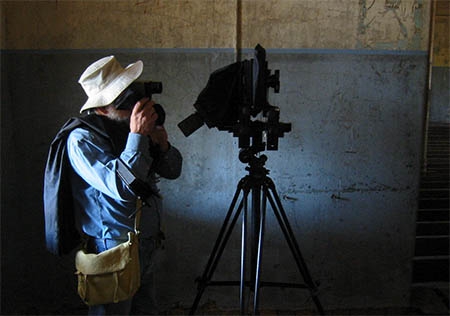 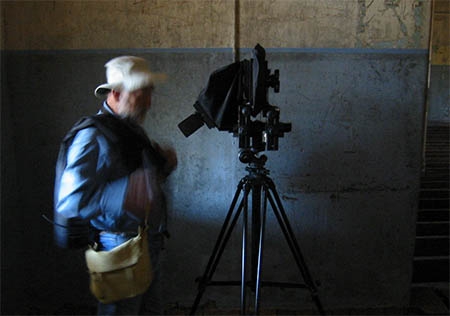 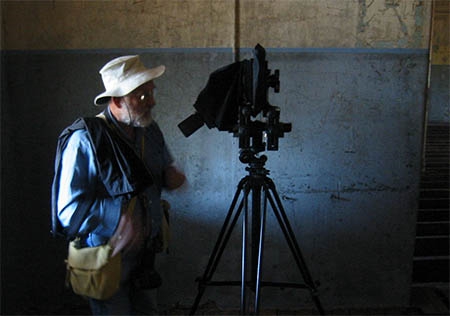 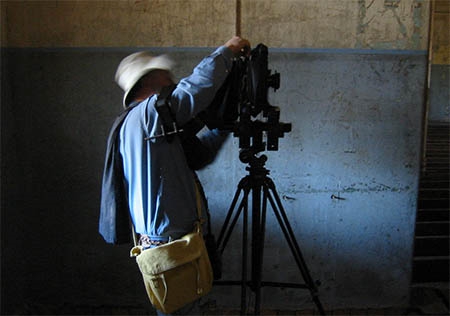 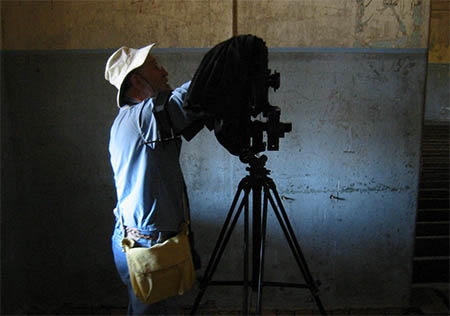 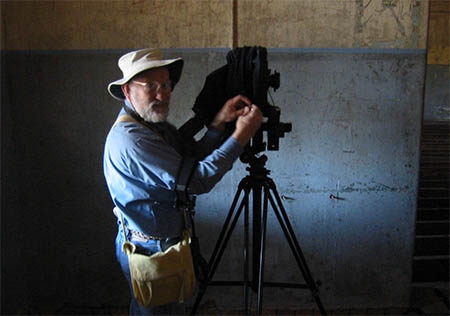 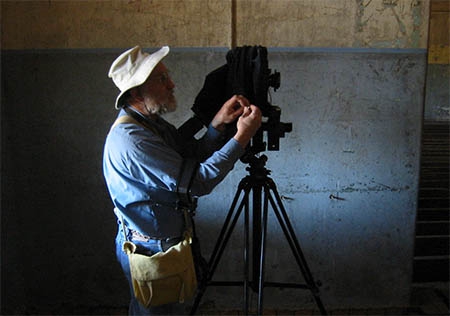 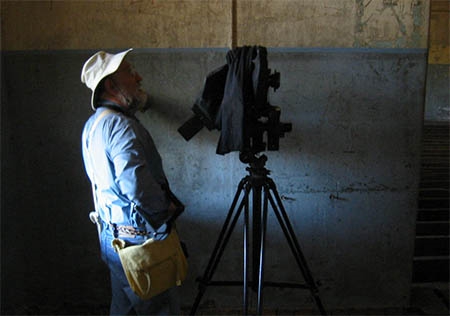 Richard at work with his camera. He handles his equipment with un­con­scious deftness. The technical stuff is complicated, but for him it has be­come au­to­matic. His whole attention is on the subject in front of him. In 2002 we were on a job at the former Woogaroo Lunatic Asylum and I took these pictures to remember the occasion. Richard was using his 4x5 inch Sinar camera, and wearing his standard issue rag hat and pair of shoulder bags containing a stack of Grafmatic film holders, a spot meter, and a lens or two. He mostly uses digital methods now, with a sensibility built on long experience with large format film.

Richard has recently set up a website where you can see some of his work and order prints.

On this page
Gongs for Thom and Dick